How to Hijack a Genre 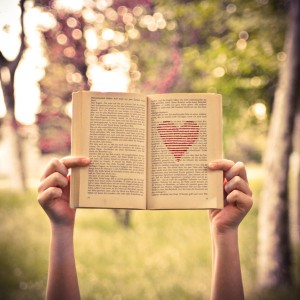 One of the panels I went to at WFC this past week was about Urban Fantasy – and specifically what sort of writing really makes up a UF story. (Charles de Lint, Tanya Huff, David G. Hartwell and Tim Powers were the panelists) There were some rather fascinating arguments being made as far as what was historical fantasy vs contemporary fantasy vs urban fantasy – and really, I think what it all comes down to is how the publishers choose to market the books more than anything else.

But even so, you could see there was a definite line drawn in the sand between the “old school” UF authors and the fact that they really didn’t want to be associated with what’s being marketed as UF today. Even the description of the panel –

The North American lineage of Urban Fantasy has been traced from Unknown Worlds, and the term was clearly understood to describe a certain tradition of fantasy fiction through to the 1990s, before being hijacked by marketers for something else entirely.
Before then, Urban Fantasy was exemplified by Bradbury/Matheson/Beaumont and The Twilight Zone, while in Britain it has its roots in Dickens and the Mysteries. How did the term Urban Fantasy come to represent two very different traditions? Are there cross-overs between these traditions?

– makes it pretty clear that whatever UF is now, it certainly isn’t what it was.

de Lint, in particular, insisted that he writes “mythic fantasy” – which is probably true, though you won’t find a shelf at the bookstore by that label. It’s also true that de Lint could probably write just about anything he wants and it would get published.

David Hartwell indicated that this new flavor of UF was an invention by publishers to bring in women readers – or really, Paranormal Romance was – and its inevitable cross-over to the fantasy genre seems to have polarized the readership between the old school fantasy and this newer invasion of kick-ass ladies in leather. This is sort of the point I tried to make a few months ago with my post about Buffy and if she’d “ruined” the UF genre. (Probably badly, but still.)

Part of the disdain seemed to come from the fact that the new flavor of UF tended to have these all inclusive universes – everyone is involved in the secret, (e.g.”werewolf DJs,” *guffaw*) as opposed to the magic being more subtle, I guess.

And don’t forget all that mushy stuff. Lots more sex in UF these days, with the obvious focus on romantic leads and dashing vampire heroes. Though the numbers seem to support that’s what readers want more of – there’s been a sharp decline of old-school UF books on the best-seller list, and romance is still routinely outselling every other genre out there. Tanya Huff pointed out if UF/F could get and keep 10% of romance reader numbers, we’d be okay. And that’s saying something.  Though again, I wonder how much of this is marketing vs actual story. In the end, just what is it that appeals to women’s readership?

It feels like a vicious circle sometimes. I don’t know if it’s really that women in particular really love this newer UF type of story, or if that’s just all that’s being marketed to us. Publishers always seem to walk that fine line of indicating they want “fresh” stories…but that’s not really the case. They want more of what’s going to sell. (Why else would we see this sudden rash of “just like 50 Shades” type marketing, where publishers are gleefully trumpeting how *this* book is *also* Twilight fanfic?)

Anyway, as interesting as the panel was, I would really liked to have seen a panelist who was a newer-type UF author, because part of the argument felt very one-sided to me. It’s hard to really have a conversation about it otherwise. Especially when some of the questions went to what new authors should do/write these days.

And I hate to pull the Tumblr “check your privilege” card – but I suspect that some of these old school authors are a bit out of touch with some of the publishing challenges of today. (de Lint even admitted he didn’t really know how it worked anymore- he certainly hasn’t had to pitch a book in a very long time.) And that’s okay – many of these authors have been writing upward of 20 or 30  years. They belong to a publishing era that is very, very different than what it is today. (Also, I’m not picking on de Lint – I adore him and his writing. My license plate is one of his character’s names – I just remember what he said more.)

It’s all well and good to indicate that writers should write what they want (and to a degree it’s true, particularly with self-publishing allowing for books to create their own genres), but – often authors are told to change their stories by publishers to fit better on the shelves.

I’ve trotted this out before – I wrote a PNR. I was told to make it into a UF – and that included being told to get rid of the first love interest and to bring in a second. Hence the infamous love triangle (popular with some, hated by others).

No, I don’t regret doing it – I was a new author and I was trusting my publisher to help me make a decision that would increase my readership. (Although I love the irony of seeing reviews lamenting the triangle – “why do authors keep putting these in their books?” No worries, the next trend is coming, whatever it is – and then we’ll see an explosion of secret unicorn babies or werewolf magicians or something.)

Is this sounding ranty? I don’t mean for it to. I think I just get a tad frustrated about it. We all want to tell the stories we want to tell and I’m pretty sure there’s a place for all of them out there. But it can be harder and harder to do that when publishers seem like they are all about chasing trends and placing more of the burden on authors to produce more and more content at a faster pace.  Or we have to provide supplemental content – it’s not good enough to just write a simple book anymore – we have to have additional short stories or character interviews or whatever to help increase the value of the book. We have to be experts at marketing and social networking.

It’s a whole different ballgame than what it was.

So when it comes to cross-genre books, I’m all for it. I prefer to see it as more of an evolution than a hostile takeover, but one that is somewhat murky at times. And to be honest, I’d rather argue less about what genre is better or worse and just focus on telling stories.

11 Responses to How to Hijack a Genre