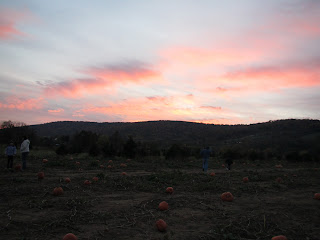 I was in the grocery store yesterday, picking up some candy for today (and a few other things – after being house-bound for the previous week, it was nice to just get out of the house for a while.) While standing in line at the check-out, I listened to the woman behind me chatting with a different cashier. The woman was also buying candy and the cashier was quick to point out how much she disliked Halloween. That it was too played up as a holiday. That there are so many bad things going on in the world today and kids didn’t need to be exposed to additional horrors. She also didn’t get trick-or-treating.

The woman with the candy quickly noted that this candy was for a church function. Her kids were doing the trick-or-treating thing at church. No scary costumes were allowed.

I felt kind of sad for both of them. 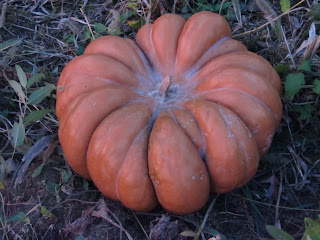 Now, I’m not going to get into the realities of the fact that most of our holidays are pagan in their roots. Most of us know this. And the truth of it is that it doesn’t really matter. Holidays are in a constant state of flux – while the core may retain the humble beginnings of what it once was, the trappings change over time.

When I was growing up it was partly watching the traditional “It’s the Great Pumpkin Charlie Brown”, partly finding the best costume that I could, partly walking around the neighborhood for hours with my friends (and sans parents), partly stuffing my face afterwards. (After mom went and checked every piece we got for razor blades or needles.)  And of course, there was always that one abandoned house that looked like someone lived there, but no one ever answered the door. There was always a dare to see who would go up to it (or sometimes even go behind the house to see if anyone was there.) It was regarded with a delicious sort of horror as we imagined all sorts of terrible things happening in the basement. 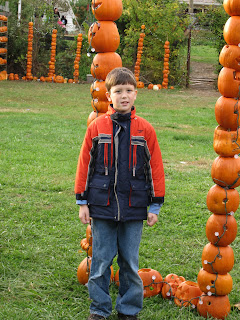 Maybe a little sick, too…but I think kids need to do that a bit. The cashier woman wasn’t wrong in saying there are so many bad things happening in the world, but the macabre sense of humor that often goes hand-in-hand with today’s Halloween allows people to break down the concept of death and horror into rational chunks. We know it’s fake…but it’s the idea that it might not be that allows us to let down our guard, yet remain safely behind our protective walls. Halloween allows us to tap into the primal sense of our inner caveman, where science was sorcery, and we looked to the stars and moon and the sun for our answers.

In today’s world, that’s not a bad thing at all.

Of course, today’s Halloween has been greatly sanitized. Helicopter moms and dads roam the neighborhoods with their kids. Many of the houses here don’t even leave candy out for the kids at all. Or decorate. Churches hold “Trunk-or-treating”  – saccharine events where kids go from car to car to get their candy (assuming they don’t condemn the holiday outright). 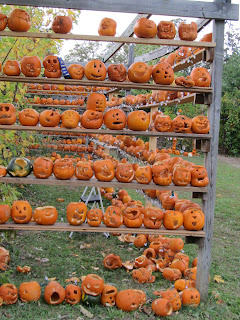 It’s sad, because the times have changed so much that we can’t just let our children wander around by themselves…but also because by ignoring so much of the core components of why Halloween exists, we ignore some of the primal things that make us human.

Connor was feeling much better yesterday (fever was gone) and all of us needed to get out, so late in the afternoon we headed off to Great Country Farms for a few hours. We did the hay rides, the pumpkin patch, hung with the animals, drank cider and made ‘smores at the bonfire. We bought hotdogs, apple butter and raspberry syrup and cinnamon pretzels. We smashed pumpkins. When it grew dark, they lit up over 2000 jack-o-lanterns (modern LEDs, but given how many people showed up eventually, that’s probably not a bad thing.) We raved in the dark to the DJ dressed in the Winnie-the-Pooh costume.

And then we hit the corn maze. In the pitch black. (And it defeated us utterly, but it was nearly 9 pm at that point and we were freezing and the kids were tired.) Still, talk about primal…there’s nothing quite like listening the wind crackling through the dried sheaves to get the blood pumping. (And visions of Children of the Corn didn’t help much. “Kill! Kill!”) 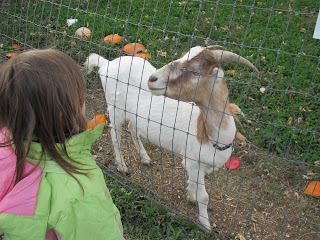 <– Hanging out with a goat. You know goats have the devil’s eyes, right? (There’s a whole fairy tale about it.) 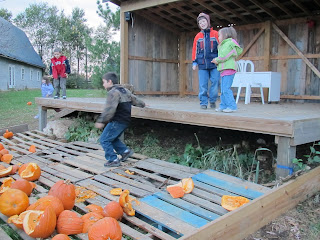 Smashing of the gourds –> 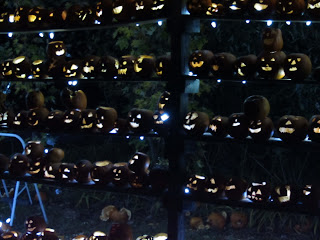 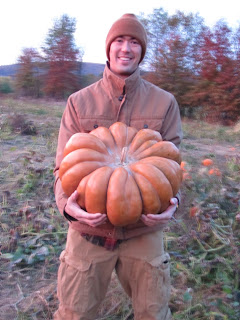 I don’t know wtf I’m going to do with it. It’s sitting on our front porch, atm.

This entry was posted in Halloween, pumpkin. Bookmark the permalink.