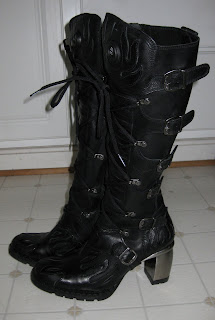 I caved this week and bought this awesome pair of boots from New Rock.

They come from Spain.

And I took a big chance on them, because you can’t return them – even if you buy the wrong size. I’m normally about a 7.5, (which can really go either way depending on the brand of shoe). All they had was a 7 or 8, and it’s a damn good thing I went with the 8. They fit like a glove.

Now I originally bought them as part of my super-duper SteamPunk costume thing I’m putting together. (And awesomely enough, the designer has sent me the corset mockup – I need to get laced into it and take pictures to send her…I’ll probably post a few here as well, but it’s coming along very nicely. 🙂 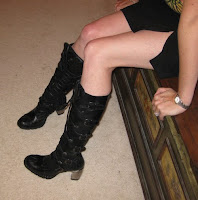 You know – here we are again. I’ll admit I just put them on and pranced about the house for about 30 minutes.

I have no idea where else I’m going to wear them. I may have to find a club next weekend, just on principle. 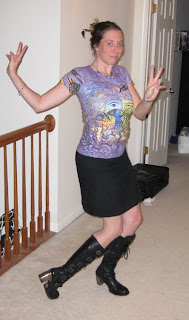 And you probably can’t see them, but those are clockwork squids hanging from those hairsticks. Also for said SP costume. Also arrived yesterday.

I really do know I’m a dork. Really. 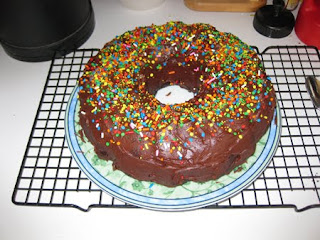 Here’s the cake I made last night for mr myn’s birthday.

We all ate it for breakfast this morning. (I got a bit of a late start on it and didn’t end up icing it until 11:30.

Eh. What do you want from me? I was too busy PRANCING!

This entry was posted in cake, random, shoes. Bookmark the permalink.